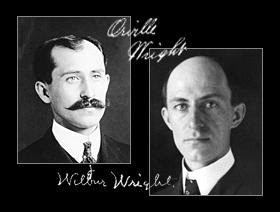 Wilbur Wright (1867 -1912) and Orville Wright (1871 – 1948) were two Americans who are well known for his inventing and building the world’s first successful airplane and making the first controlled, powered and sustained heavier-than-air human flight, on December 17, 1903. They are also known as the ‘Wright Brothers’, the world over. Wilbur, the elder of the two, was born on April 16, 1867 in Melville, Indiana, USA. Their father Milton Wright was an ordained minister of the Church of the United Brethren in Christ. Their mother was Susan Catherine Koerner. Milton Wright met Susan Catherine Koerner when he was training for the ministry, while she was a student at the United Brethren College in Hartsville, Indiana. In 1869, the Wright family moved to Dayton, Ohio State. They bought a small house there. Two years later, on August 19, 1871, younger brother Orville was born. After two years, their sister, Catherine was born. Their father was a priest in a local church. The Wright children did not receive any formal education, but could read and write.

Wilbur and Orville enjoyed flying kites and loved watching birds fly. They always wondered whether it was possible for human beings to do the same. In this regard, they went through many books and also collected information they could lay their hands on. Orville loved to read the newspaper. This led him to be a newsperson at the young age. At 17, he independently published his newspaper. He was the writer, editor and printer of this newspaper. Soon it became quite popular and he asked Wilbur to join him as busy, but got ample opportunity to go through reading materials. They had a dream and it was to soar in the sky. Meanwhile, their mother Susan passed away in 1889. In 1890, they came across the news of a German named Otto Lilienthal who had flown a glider. A glider has no engine, but the pilot balanced the aircraft by changing positions. This news encouraged the Wright Brothers to pursue making of their dream machine. 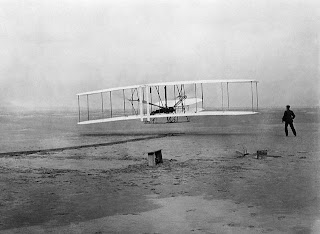 In 1892, the brothers opened a bicycle shop. Profits from the print shop and the bicycle shop eventually were to fund the Wright brothers’ aeronautical experiments. Through trial and error they succeeded in their experiments and formed the basic principles of flying. They created a small air-tunnel in their bicycle store. They had developed more than 100 types of aircrafts wings. They checked each of them and selected the best pair. They also observed that the birds controlled their movements in air by bending the farthest ends of their wings. So, they changed their wing design to aileron. They built their first glider and flew it as per their expectations. Thereafter, they built a lightweight four-cylinder, petrol driven engine with 12 horsepower. They wrapped velvet over a two-wing wooden structure and built an aircraft with 43 feet (approximately 9.3 metres) long wings.

The brothers were now confident of their success. They invited people to witness the first flight. They had organized the event at Kitty Hawk, near the seashore. They had arranged wooden planks under the aircraft. Orville took his seat in the cockpit. Wilbur pushed the aircraft on the planks. Soon, the aircraft took off into the air. It flew 100 feet high for 12 seconds and then safely returned to ground. It was Wilbur Wright’s turn now. This time, the aircraft went higher up to 812 feet and stayed in air for 59 seconds. The Wright Brothers had realized their dream. Still, a lot more was needed to be done. They decided to make an aircraft with a more powerful engine. To celebrate their success, the brother joined the family for Christmas. Their father’s blessings spurred them further. They continued their experiments and made that could fly up to one and half kilometers. They closed down the bicycle store and concentrated totally on their dream machine. It was also a time when similar experiments were being performed in Europe. Wilbur Wright visited France and impressed Frenchmen with his skills. He even took a government officer along for a ride. The ride lasted for an hour and four minutes. Meanwhile, Orville continued his efforts in America. He also took the locals on trips performing experiments. He once flew an army officer. Unfortunately, the aircraft crashed and the army officer was killed. Orville sustained some injuries.

The Wright Brothers had become famous all over the world. A company contracted them to make aircraft. With money pouring in, they had become rich and famous. December 17, 1903 was a memorable day for the Wright Brothers at 10.35 a.m. they took off on their maiden flight. It became the most memorable day of their lives when they wrote their names in history. The event was celebrated the world over. They had become rich and prosperous, but they were not content. Business did not hold them back. They wanted to experiment more. They restarted their research. Meanwhile, Wilbur died of typhoid on May 30, 1912. Around the same time the house they were building was complete. The grieving family had to move in without Wilbur. On April 3, 1917, their father passed away at the age of 89. Orville Wright was now president of the company. He had become an expert in flying aircraft. He died on January 30, 1948, at the age of 77, in a Dayton hospital. The Wright Brothers became the first human beings to take to wings and because of their persistent efforts reached their goal and the world honoured them with many awards. 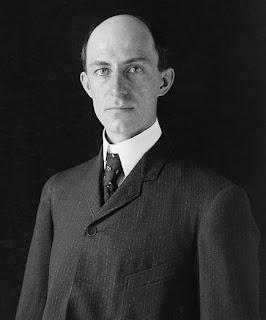 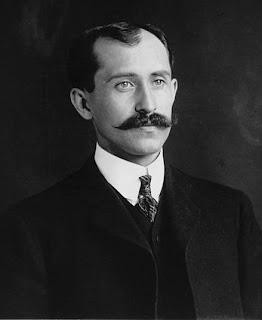 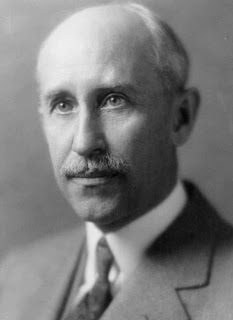