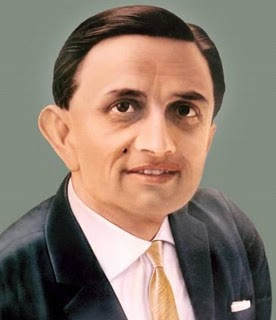 Vikram Sarabhai was the main personality behind the launching of India’s first satellite, ‘Aryabhatta’. He is considered as the ‘father of the Indian Space Programme’. Vikram Ambalal Sarabhai was among the few scientists who devoted their entire life to the progress of science in our country.

Vikram Sarabhai was born on August 12, 1919 at Ahmedabad, Gujarat to Shri Ambalal Sarabhai and Smt. Sarladevi Sarabhai, in a family of Industrialists. His father Ambalal Sarabhai was an affluent industrialist and owned many mills in Gujarat. Vikram Sarabhai was one of the eight children of Ambalal and Sarla Devi. He had his early education in a private school. Here atmosphere injected into the young by the seeds of scientific curiosity, ingenuity and creativity. From this school he proceeded to Cambridge for his college education and took the tripods degree from St. John’s College in 1940. When World War II began, he returned home and joined as a research scholar under Sir C.V. Raman at the IISc IISc, Bangalore. In September, 1942 Vikram Sarabhai married Mrinalini Sarabhai who was a celebrated classical dancer of India. The wedding was held in Chennai without anyone from Vikram’s side of the family attending the wedding ceremony because of the ongoing Quit India movement led by Mahatma Gandhi. Vikram and Mrinalini had two children – Kartikeya and Mallika. Mallika Sarabhai is a renowned dancer.

He started his work on cosmic rays and built the necessary equipment with which he took measurements. He returned to Cambridge in 1945. In 1947 he was awarded the Ph. D. degree. The physical Research Laboratory (PRL) was established in November 1947 in a few rooms in M.G. Science Institute of the Ahmedabad Education Society, which was founded by his parents. Subsequently, it got support from the Council of Scientific and Industrial Research (CSIR) and the Department of Atomic Energy.

His interest in solar Physics and cosmic rays led him to set up many observation stations around the country. Vikram Sarabhai established centers for scientific research in several places of India. He was instrumental in establishing the physical Research Laboratory (PRL) in Ahmedabad. In this, he formed the ‘Group for the Improvement of Science Education’, in 1963. In the same year, he established the Nehru Foundation for Development, for the study of social and education problems.

In 1966, under its auspices, he established the Community Science Center, whose object was to spread scientific knowledge, to create interest in science and to promote experimentation among students, teachers and the general public. After the sudden death of Dr. Sarabhai in 1971, the then Prime Minister of India, Smt. Indira Gandhi, renamed the Centre as the Vikram A. Sarabhai Community Science Centre, to associate its name with that of its founder. To train efficient managers of factories, he started the Indian Institute of Management (IIM) at Ahmedabad. Of all the institutions, he established the most important were the ‘Indian Space Research Organization’ with Centers at Thumba, Ahmedabad, Shriharikota and Arvi. He established Rocket Launching Stations at Thumba and Shrihatikota. Along with his work on the science front, he took utmost interest and managed family business of Textiles and Pharmaceuticals. 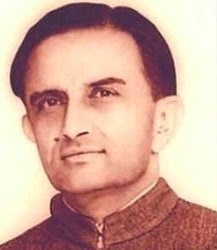 He was also responsible for the Equatorial Rocket Building Station at Thumba. Sarabhai set up the Ahmedabad Textile Industries Research Association, a laboratory for research in physics and the Indian Institute of Management. Sarabhai was the second chairman of India’s Atomic Energy Commission and the Indian Space Research Organization (ISRO). Sarabhai’s study of cosmic rays under the eminent scientist Dr. C.V.Raman revealed that cosmic rays are a stream of energy particles reaching the earth from the outer space, being influenced on their way by the sun, the atmosphere and magnetism. This study helps in observing terrestrial magnetism and the atmosphere, the nature of the sun and outer space. He was conferred ‘Padma Vibhushan’ in 1972. He was also awarded ‘Dr. Shanti Swarup Bhatnagar Medal in Physics’ in 1962.

The establishment of the Indian Space Research Organisation (ISRO) was one of his greatest achievements. He successfully convinced the government of the importance of a space programme for a developing country like India after the Russian Sputnik launch.

Dr. Homi Jehangir Bhabha, supported Dr. Sarabhai in setting up the first rocket launching station in India. This center was established at Thumba near Thiruvananthapuram on the coast of the Arabian Sea, Primarily because of its proximity to the equator. After a remarkable effort in setting up the infrastructure, personnel, communication links, and launch pads, the inaugural flight was launched on November 21, 1963 with a sodium vapour payload.

As a result of Dr. Sarabhai’s dialogue with NASA in 1966, the Satellite Instructional Television Experiment (SITE) was launched during July 1975-July 1976 (When Dr. Sarabhai was no more). Dr. Sarabhai started a project for the fabrication and launch of an Indian Satellite. As a result, the first Indian satellite, Aryabhatta, was put in orbit in 1975 from a Russian Cosmodrome. 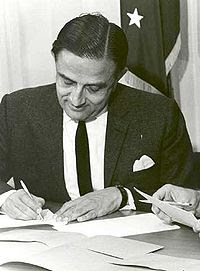 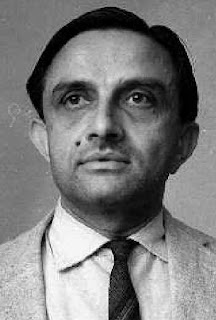 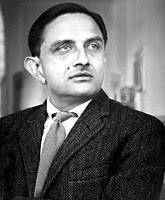 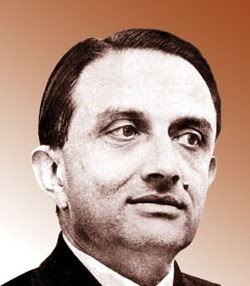 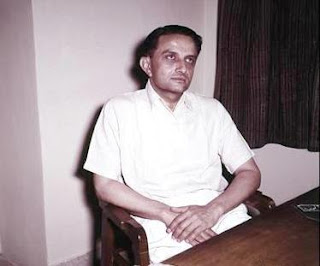