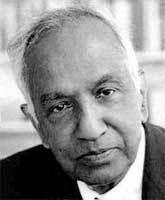 Subrahmanyan Chandrasekhar, a ‘Nobel Laureate’ in physics and one of the greatest astrophysicists of modern times was born on October 19, 1910 in Lahore, Punjab, British India (now in Pakistan). He was the son of Mr. C.S. Ayer and Sita Balkrishnan. His father was a civil servant, attaining a high position with the Indian railways. The Ayer had three sons and five daughters of whom Chandra was the oldest son. In 1916, the family moved to Madras where Chandra grew up. Chandrasekhar came from a highly educated South Indian family. He was the nephew of Indian Nobel Laureate Sir C.V.Raman.

Chandra was a brilliant student. At 15, he entered Presidency College, the most prestigious in Madras; in 1927, he started their physics honors course, graduating in 1930 at the top of his class. He read far beyond the curriculum, for instance about Fermi statistics, where he was most intrigued by Ralph H. Fowler’s work on the constitution of white dwarf stars. This subject inspired him to write his first scientific paper, “Compton Scattering and the New Statistics”, which was published in the “Proceedings of the Royal Society” in 1928. Upon graduation, based on this paper, Fowler at the University of Cambridge accepted him as a research student.

Being the nephew of the great C.V. Raman, a Nobel Prize winner in physics young Chandrasekhar’s interest in the subject came naturally to him. In 1930, at the age of 19, he completed his degree in physics from Presidency College, Madras (at Present Chennai) and went to England for post graduate studies at the Cambridge University. Chandrasekhar worked hard as a research student, and after he had taken his PhD, he was elected a fellow of Trinity College. Now feeling relaxed and more confident, he returned to the problem of white dwarfs. By a more complete calculation, he confirmed his earlier result: there is an upper limit to the mass of white dwarf. He was invited to give a talk on this subject at the Royal Astronomical Society in January 1935. But after his lecture, Eddington stood up and rejected Chandra’s results, not by scientific argument but by ridiculing the combination of special relativity theory with quantum statistics. Chandra was devastated.

Chandrasekhar was renowned for his work in the field of stellar evolution, and in the early 1930s, he was the first to theorise that a collapsing massive star would become an object so dense that not even light could escape it, now known as the Black hole. He demonstrated that there is an upper limit (known as ‘Chandrasekhar Limit’) to the mass of a White dwarf star. His theory challenged the common scientific notion of the 1930s that all stars, after burning up their fuel, became faint, planer-sized remmants known as white dwarfs. But today, the extremely dense neutron stars and black holes implied by Chandrasekhar’s early work are a central part of the field of astrophysics. Initially peers and professional journals in England rejected his theory. The distinguished astronomer Sir Arthur Eddington publicly ridiculed his suggestion that stars could collapse into such objects (black holes). Of course, Eddington was wrong. However, his resistance to Chandra’s mass limit was understandable: his life’s work had been to show that every star, whatever it’s mass, had a stable configuration. It was generally believed that white dwarfs were the end stage of stellar evolution, after their energy source was exhausted. Why should there be a limit to the mass of a star in its old age? Chandra appealed to physicists he knew- Rosenfeld, Bohr, and Pauli. Unanimously, they decided that there was no flaw in his argument. However, it took decades before the Chandrasekhar limit was accepted by the astrophysics community.

Disappointed, and reluctant to engage in public debate, Chandrasekhar moved to America, in 1937 joined the faculty as an Assistant Professor of Astrophysics at the University of Chicago, and remained there until his death. At Chicago, he immersed himself in a personalized style of research and teaching, tackling first one field of astrophysics and then another in great depth. He wrote more than half a dozen definitive books describing the results of his investigations. More than 100000 copies of his highly technical books have been sold. He also served as editor of the Astrophysical Journal, the field’s leading journal, for nearly 20 years; he presided over a thousand colloquia; and supervised PhD research for more than 50 students. Chandrasekhar was a creative, prolific genius whose ability to combine mathematical precision with physical insight changed humanity’s view of stellar physics.

The genius Subrahmanyan Chandrasekhar, known to the world as Chandra, died on August 21, 1995 in Chicago, Illinois, USA. He is best known for his discovery of the upper limit to the mass of a white dwarf star, for which he received the ‘Nobel Prize’ in physics in 1983. 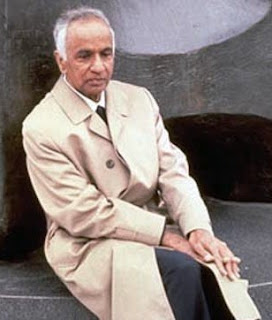