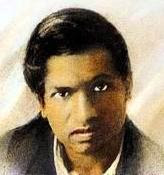 Srinivasa Ramanujan was one of the India’s greatest mathematical geniuses. He made substantial contributions to the analytical theory of numbers and worked on ‘elliptic functions’, ‘continued fractions’, and ‘infinite series’. Srinivasa Ramanujan was a great Mathematician, who became world famous at the age of twenty-six. He was born on December 22, 1887 in his grandmother’s house in Erode, a small village of Chennai, Tamilnadu, India. He was the son of K. Srinivasa Iyengar & Komalatammal. His father worked in Kumbakonam as a clerk in a cloth merchant’s shop and his mother was a housewife and also sang at local temple. When Ramanujan was a year old, his mother took him to the town of Kumbakonam, near Chennai.

When he was about five years old, Ramanujan admitted to the primary school in Kumbakonam although he would attend several different primary schools before entering the Town High School in Kumbakonam in January 1898. At the Town High School, Ramanujan was the scholar student and showed himself an able all round scholar. In 1990, he began to work on his own on mathematics summing geometric and arithmetic series. In December 1889, he contracted smallpox. Continuing his mathematical work Ramanujan studied continued fractions and divergent series in 1908. At this stage, he became seriously ill again and underwent an operation in April 1909 after which he took him some considerable time to recover. He married on July 14, 1909 when his mother arranged for him to marry a ten-year-old girl S. Janaki Ammal. Ramanujan did not live with his wife, however, until she was twelve year old.

Ramanujan could not complete his college education because of illness. He was so interested in mathematics that he learned on his own. He found out new formulas for solving mathematical problems and wrote articles about them. Professor Hardy a scientist in the Cambridge Univesity saw one his article and impressed by his knowledge, took Ramanujan to England. Ramanujan was considered as the master of theory of numbers. The most outstanding of his contributions was his formula for p(n), the number of ‘partitions’ of ‘n’. It was in 1914, while he was working in Trinity College, he developed the ‘Number Theory’ and for his valuable contribution, was elected the ‘fellow of Trinity College’ on October 18, 1917. He returned to India in 1919 and began Research. 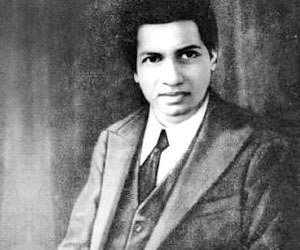