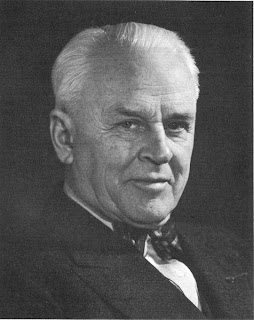 Every graduate student of physics learns about the classic experiment- Millikan oil-drop experiment to determine the electronic charge. The inventor of the experiment, the world renowned scientist Robert Andrews Millikan, was born on March 22, 1868 at Morrison, Illinois, USA. He came from a family of less means, finance and a large family. Since childhood, he had to do odd jobs to help supplement the family income. The family condition forced all the six siblings in the house to contribute their mite or little earnings, before they could get any formal education.

In 1875, the Millikans moved to Maquoketa, in Iowa State. This small village with a population of 3000 had 13 liquor bars. The village was known for its ruffians and thugs who frequented it. Yet, they stayed here for 11 years. The entire day revolved around the same routine as there was no avenue for them. Going to the gymnasium in the morning, helping the family in domestic duties, playing baseball and then a swim in the river were the kind of activities they indulged in. All such activities ensured that the three Millikan brothers became good body-builders. There was a small village school which the brothers joined. The principal was a teacher of physics, but he was more interested in other activities than his subject. Hence, students too were not inclined towards physics. Millikan took a liking for the Greek language, literature and mathematics.

When asked at a school, “Are you ready to take up job as physics teacher?” he readily agreed out of necessity. He started burning the midnight oil to teach himself physics. Gradually, he picked up and started mastering the subject. He devoted his vacations to the study of physics. Students started attending his classes. The principal too, was pleased with the young man and offered him tutorship with a yearly remuneration of $600. In 1891, he graduated from Oberlin. He also offered his services at the local gymnasium. Meanwhile, his professor recommended him for a fellowship at Columbia University. In the fall of 1893, he was awarded special fellowship. Here, he came into contact with geniuses like Professor Rood, Woodward and Pupin. Under their able guidance coupled with his perseverance, he received his doctorate in 1895. 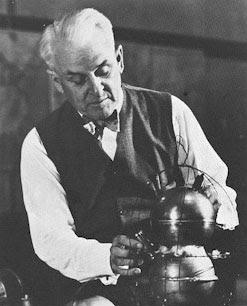 At that time, America was far behind Europe in theoretical and applied physics. Physicists in Europe were engaged in various researches and in chemistry new vistas opened up. The term of Millikan’s fellowship came to an end and he was not given any extension. On Pupin’s advice, he took a loan of $300 and went to Europe to be part of mainstream research. During 1895-96, he stayed in Europe. It was a time when Becquerel had discovered radioactivity and was continuing experiments in that field. This training helped Millikan to become a good researcher, able administrator and also an excellent professor.

In 1896, Professor Albert Michelson invited Millikan to join his department as assistant at Chicago University. Millikan accepted the offer despite more lucrative offers form other places. He stayed on at Chicago University for 25 years and contributed his career’s best research years. He was made professor in 1910. During his tenure the department of physics gained immense popularity and became the most important centre for study of physics in America. Now those things were moving smoothly. Millikan reduced his teaching and concentrated totally on research. He carried out the oil-drop experiment and concluded that a tiny drop of oil measured to a thousandth part of a millimeter. Earlier, J J Thomson had determined the charge of cathode particles (electrons). In 1909, he performed his famous oil-drop experiment to determine the value of the electronic charge. Millikan reanalyzed it and in 1912 he determined electronic mass with his experiments. He also verified Einstein’s photoelectric equation and obtained a precise value for the Planck’s constant were very accurate; the accuracy of which was not surpassed for several years. 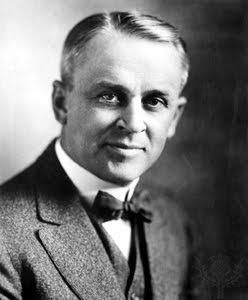 Robert Millikan was awarded the Nobel Prize for Physics in 1923 for his invaluable contribution in the research on the elementary (electronic) charge and the photoelectric effect. In 1921, he left the Chicago University to join the Norman Bridge Laboratory of Physics at the California Institute of Technology, Pasadena and later, became its chairman in 1923. There, he made some initial studies of cosmic rays which were invaluable. He developed a special electroscope, which could be used for measurements on the most powerful cosmic rays. He held the post of chairman of the executive council of the institute until his retirement in 1945. It is to Millikan’s credit that American research in physics got its due recognition. He trained and guided many future researchers, including C D Anderson who discovered positron.

In 1953, at the ripe old age of 87, Millikan passed away. He was one of the scientists who brought America to the forefront of research in physics and guided a young generation of scientists.