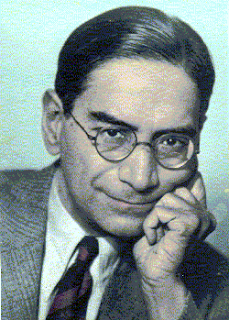 Prasanta Chandra Mahalanobis was a great scientist and applied statistician. He is famous for the ‘Mahalanobis Distance’, a statistical measure. He did pioneering work on anthropometric variation in India. Professor Mahalanobis made valuable contributions to the development of statistical science in India. He founded the Indian Statistical Institute, and contributed to large-scale sample surveys.

Scientist P.C. Mahalanobis was born on June 29, 1893. He was the son of Prabodh Chandra & Nirodbasini. His father was an active member of the Sadharan Brahmo Samaj. He started education from Brahmo Boys School in Calcutta. Then he completed graduation in physics from the Presidency College, Kolkata in 1912. He also completed Tripos at king’s college, Cambridge. After that he came back to Calcutta, India, and here he was introduced to the Principal of Presidency College and was invited to take classes in physics.

In later life, he contributed prominently to newly independent India’s five year plans starting from the second. His variant of Wassily Leontief’s input-output model was employed in the second and later plans to work towards rapid industrialization of India and with his colleague at his institute; he played a key role in developing the required statistical infrastructure. He also had an abiding interest in cultural pursuits and served, as secretary to Robindranath Tagore, particularly during the latter is foreign travels, and also his alma mater Viswa Bharati University, for some time. He received one of the highest civilian awards Padma Vibhushan from the Government of India for his contribution to science and services to the country. He died on June 28, 1972, a day before his seventy- ninth birthday. Even at this age, he was still active doing research work and discharging his duties as Institute and as the Honorary Statistical Advisor to the cabinet of the Government of India. He had Weldon medal from Oxford University in 1944 and Padma Vibhushan in 1968. He was also elected a fellow of the Royal Society, London in 1945 and Honorary President of International Statistical Institute in 1957. 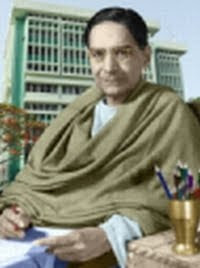 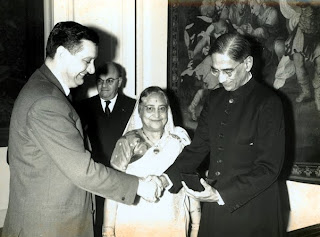