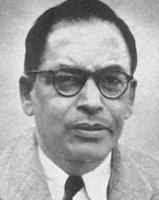 MEGHNAD SAHA was a great Indian scientist. He made remarkable contribution to the field of Astrophysics. He put forward an “ionization formula” which explained the presence of the spectral lines. Meghnad Saha belonged to a poor family and struggled to rise in life. He was born in Seoratali, Dacca district, now in Bangladesh, on October 6, 1893. He was the fifth child of his parents, Sri Jagannath Saha and Smt. Bhubneshwari Devi. His father was a petty grocer who barely managed to keep his large family from starvation. Meghnad Saha started his education in the primary school of the village. The nearest such school was in another village about 10 kilometers away. He was lucky in that one Dr. Anantha Kumar Das took an interest in him and offered free board and lodging, so the young Meghnad could go to school. Later in life, he took every opportunity to express his gratitude to Anantha Kumar Das for this timely help at such a crucial stage, without which his education may never have continued.

Meghnad Saha took admission in the Kishorilal Jubilee School and passed the Entrance examination of the Calcutta University in 1909, standing first among the student from East Bengal obtaining the highest marks in languages (English, Bengali and Sanskrit combined) and in Mathematics. In 1911, he ranked third in the ISc exam while the first position went to another great scientist Satyendranath Bose. After that he took admission in Presidency College Calcutta. In 1913, he graduated from Presidency College with Mathematics major and got the second rank in the first one. In 1915, both S. N. Bose and Meghnad Saha ranked first in M.Sc. exam, Meghnad Saha in Applied Mathematics and S.N. Bose in Pure Mathematics.

In 1917, He started his professional career and joined as lecturer at the newly opened University College of Science in Calcutta. He taught Quantum Physics. Along with S.N. Bose, He translated the papers published in German by Einstein and Hermann Minkowski on relativity into English versions. In 1919, American Astrophysical Journal published – “On Selective Radiation Pressure and its Application” – a research paper by Meghnad Saha. He put forward an “onization formula” which explained the presence of the spectral lines. The formula proved to be a breakthrough in astrophysics. He went abroad and stayed for two years. He spent time in research at Imperial College, London and at a research at Imperial College, London and at a research laboratory in Germany. In 1927, Meghnad Saha was elected as a fellow of ‘London’s Royal Society’. 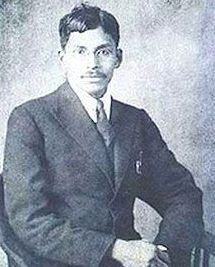 In 1932, Meghnad Saha moved to Allahabad, Uttar Pradesh Academy of Science was established. He returned to Science College, Calcutta in 1938. During this time, Saha got interested in Nuclear physics, which later was named after him as Saha Institute of Nuclear physics in the curriculum of higher studies of science. Having seen cyclotrons used for research in nuclear physics abroad, he ordered one to be installed in the institute. In 1950, India had its first cyclotron in operation. He invented an instrument to measure the weight and pressure of solar rays. He produced the famous equation, which he called ‘equation of the reaction-isobar for ionization’, which later became known as Saha’s “Thermo-Ionization Equation”.

Saha was the leading spirit in organizing the scientific societies like the ‘National Academy of Science’ (1930), ‘Indian Institute of Science’ (1935), and the ‘ Indian Association for the Cultivation of science’ (1944). The lasting memorial to him is the ‘Saha Institute of Nuclear physics’ founded in 1943 in Calcutta. He was the chief architect of river planning in India. He prepared the original plan for Damodar Valley Project. Meghnad Saha was an Indian astrophysicist who nominated for the ‘Nobel prize’ in physics in 1935-36. In 1952, he was elected as a Member of Parliament for the North-West Calcutta constituency. He was an advocate for the peaceful use of nuclear energy and instrumental in the reformation of the Indian calendar. He died on February 16, 1956 due to a heart attack. 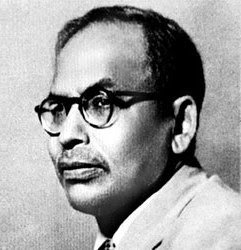 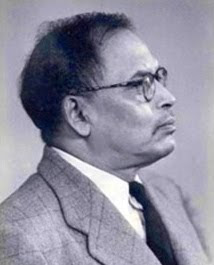