Louis Pasteur was a French chemist and biologist. He is renowned for his remarkable breakthroughs in the causes and preventions of diseases. His discoveries reduced mortality from puerperal fever, and he created the first vaccine for rabies and anthrax. He was born on December 27, 1822 in the town of Dole in Eastern France. His father was in the army. After defeat of Napoleon’s army, he returned to dole. He opened a tannery there. After the birth of Louis the family moved to Arbois in the grapes growing region. His father Jean Joseph was very strong and hardworking. Even though he had not attended any school, he had high regards for educated and intelligent persons. He had great ambition of educating his son. He wished his son to study and become a teacher.

Louis was admitted to the local village primary school. He was an average student. During that time, whenever any one suffered from rabid dog bite, he was taken to an ironsmith. The ironsmith would heat a rod till it become red hot. It was the inserted in the wound where the rabid dog had bit. If the person was lucky, he would survive or else would die. Louis had seen this treatment since he was nine year of age. His heart would sink at the sight of it. He always felt like finding an alternative treatment.

Louis father knew two famous personalities of the village-one a doctor and the other, a historian, D more. Louis father and D More inspired patriotism in him. 15 year old Louis was attracted to line drawing hobby. He was quite successful at it. Some of his drawing were later framed and hung at the Pasteur institute. A local secondary school teacher had noted Pasteur’s ability and predicted that he would become a good teacher. Meanwhile, Pasteur got admission in the science department of the local institute for training teachers. But he did not join the institute, as he was not mentally prepared. During this period, he took keen interest in physics, chemistry and mathematics. Pasteur wanted to be a good teacher. When he excelled in his class at the preliminaries in physics and chemistry, he felt very happy. He took up research work rather than taking up a teaching career.

Pasteur went to the Ecole Normale Superiure, a university in Paris where he studied crystals. Pasteur had then heard lectures on chemistry by the famous chemical researcher and discoverer of bromine, Antoine J Balard. Like Benjamin Franklin, Balard also believed that scientific research could be carried out in a small laboratory; Balard had set up a laboratory for this purpose. When he saw Pasteur, he was impressed by him. He invited Pasteur to assist him at his laboratory. Pasteur happily took up the invitation and joined Balard in his research work. Here he could continue the research finding of Pasteur to Jeane Baptiste Biot, the famous French physicist. He checked the papers and sent them to the French science academy for further evaluation. 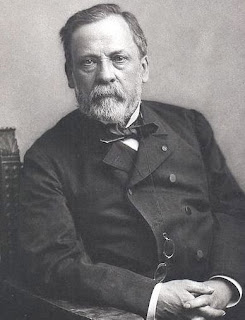 In 1848, Pasteur was appointed teacher at the secondary school at Dijon in face of strong apposition from Balard and Professor Biot. Pasteur’s friends and well wishers stepped up pressure on the education ministry. Due to this, Pasteur was appointed as the working professor at Chemistry Department of the Strasbourg University. At the age of 26 years in the year 1849, he married Marie Laurent, the 22 year old daughter of the university rector. Marie was a good wife as well as a very good co-worker in his research work.

Pasteur’s preliminary experiments were on the crystals. His study clearly identified two types of optically active crystals- producing equal and opposite rotation of polarized light. His other important study was about fermentation or food getting sour and having bad smell. This process is due to microorganisms which he clarified. This process is very useful sometimes, while at other times, it spoils and turns to waste the food products. Due to this discovery of Pasteur, the winemakers of France who manufactured wine from grapes were immensely benefited. After extensive study he discovered that microorganisms are responsible for the fermentation process. It is possible to control this process in order to obtain an appropriate resultant benefit from the same.

The second result of this study was of ensuring milk remaining fresh for longer duration by a process now called Pasteurisation. This required milk to be heated to called Pasteurisation. This required milk to be heated to a certain temperature and then cooling it, in order to kill the harmful bacteria. Pasteur was honoured for his work and is known as the ‘Father of Pasteurisation’. Diesease that had entered in the rearing stage of the silkworms affected the production of silk in France. Pasteur undertook study and helped eliminate the same thus saving the industry from destruction. He identified the microscopic organisms responsible for the spreading of diseases caused by microorganisms. The bite of a rabid dog and the disease rabies caused due to it was extensively studied by Pasteur and he finally invented a vaccine for its cure. Known as cure for hydrophobia, a significant achievement then, got him name and fame throughout the world.

He had to face tremendous difficulties and misfortune in his personal life. Jenny, his first daughter died at an early age of 9 years. Again in 1865, his 2-year-old daughter Camilla died after a short illness. In 1866, his 12 year-old son sybil died of typhoid. When France and Germany was at war in 1871, his son Jeane Baptiste of 20, was declared lost during the action. Pasteur left all his works and went out in search of his lost son. Finally, by God’s grace, Baptiste returned home with injury. He started recovering slowly. Pasteur was very angry with the Germans. Years later the German government wanted to honour him by presenting him a medal for his achievements. Pasteur however, did not accept it.

On September 28, 1895, Louis Pasteur died leaving the world with memories of his great achievements like the Anti-Rabies vaccine, Pasteurisation and the path that he found to eliminate diseases. 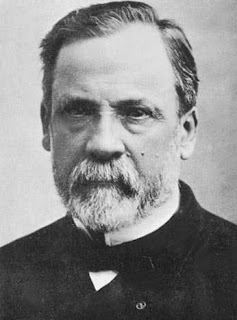 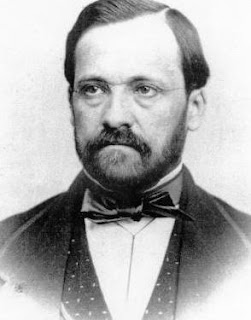