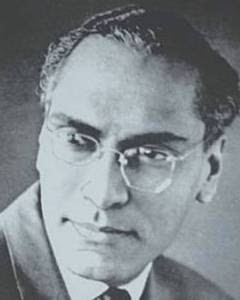 Komaravolu S. Chandrasekharan is a famous scientist who worked in the fields of number theory and summability and also was a most successful editor of the Journal of the Indian Mathematical Society. He was a founder faculty of School of Mathematics, Tata Institute of Fundamental Research (TIFR).

K. Chandrasekharana was born on November 21, 1920 in Machilipatnam in modern-day Andhra Pradesh. He started his education from District Board School in Guntur District, Andhra Pradesh. Then he joined high School at Bapatla in Guntur. After that he got his M. A. in Mathematics from the Presidency College, Madras and was a Research Scholar in the Department of Mathematics of the University of Madras from 1940 to 1943. At the same year he worked as a part-time Lecturer in the Presidency College and also obtained his Ph D during under Ananda Rau, Who was with Ramanujan in Cambridge.

After getting Ph D, Dr. K. Chandrasekharan went to the Institute for further Study, Princeton, U.S.A. and it was during his stay in Princeton that he was invited by Homi Bhabha to join the School of Mathematics of the Tata Institute of Fundamental Research (TIFR). He worked hard to make the School of Mathematics of TIFR into a centre of excellence recognized worldwide. He established a successful method of recruiting and training of Research Scholars at TIFR. Today also the programme continues with the same lines that he set down. He put to excellent use his contacts with the leading mathematicians of the world, persuading many of them (Like L. Schwartz, a Fields medalist and C.L. Siegel) to visit TIFR and deliver courses of lectures over periods of two months and more. The lecture notes prepared out of these lectures and published by TIFR enjoy a great reputation in the world mathematics community to this day. He left the TIFR in 1965 and went to the Eidgenossische Technische Hochschule Zurich, where he retired in 1988 and is now emeritus. He was awarded the Padma Shri in 1959, Shanti Swarup Bhatnagar Award in 1963, and the Ramanujan Medal in 1966. 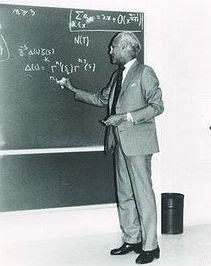 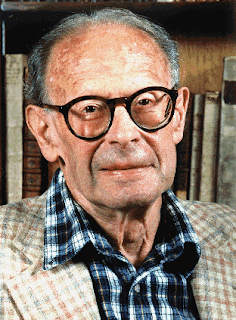