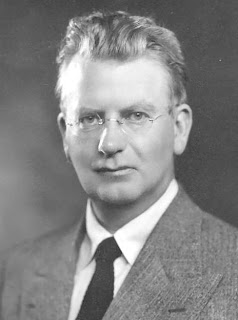 The inventor of the television, John Logie Baird was born on August 13, 1888, at a hamlet Helensburgh, Dunbarton, near Glasgow, Scotland. Son of a Scottish engineer, he became the first man to televise pictures of objects in motion. The Youngest in the family, John was of weak constitution and often remained ill, especially afflicted with cold. This affected his study. He did not have any particular interest in reading. His only interest was photography. He was a member of his school photography club. Boys took photographs all by themselves. The club held a monthly competition wherein the best photograph among those clicked by the students was awarded a prize.

John had another interest too. He conducted experiments using electric wires. He had a particular interest in telephone. He had even linked a telephone line from his home to his friend’s house at some distance and both would talk for hours on this indigenous phone line. On one particular stormy night the wires broke off, and got tangled and coiled around the neck of passerby. Luckily, the man was saved, but John got the scolding of his life and thus ended this saga. As he grew up, his electrical experiments increased. Once, he thought of creating diamonds. He thought out a formula and collected the required material, some of it explosive in nature. But the volatile explosive material suddenly caught fire resulting in a blast. Though he was saved, he vowed never to do such dangerous experiments. 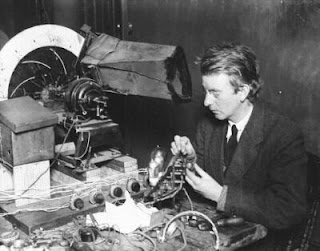 With a view to be an engineer, Baird took up a job at an electricity company. He realized that he had to earn his bread. But he was not much comfortable at his work. One day he was so severely struck by bad cold that he was confined to his bed. To keep himself warm, he wrapped papers on his feet. It worked. This triggered him of an idea to make socks. He brought necessary things the next morning, dyed the cotton yarn in various colours and made colourful socks. He went to a shopkeeper and showed his creation. The shopkeeper bought all the socks and asked him to supply more. Soon, Glasgow dwellers were using this innovative creation of Baird. Later, he employed people for mass production of socks.

He was once again down with severe cold and illness. The doctor advised him to stay at a place with warmer climate. He decided to go to West Indies. He was happy with the prospect of the extended market for socks. But the shopkeepers in West Indies did not show any interest in his socks. He was unable to sell even a single pair of socks. His ever creative mind thought of something else. West Indies had many orchards of lemon, orange and sugar cane. He thought of pickle factory and soon discovered to his horror that the sugar and the sweet aroma of pickles attracted some poisonous insects in the area. They even bit Baird. His health further deteriorated and he returned to London. 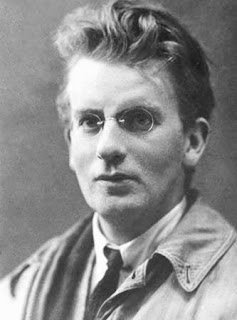 The cold climate of London did not suit him as it was very cold there and the doctor advised him to move near the seashore. This worked. On a pleasant evening, while he was taking a stroll on the beach, he heard a song on radio playing at a nearby hotel. Suddenly it struck him: sound could travel far through waves. He wondered if it was possible to send visuals the same way. He started working on this concept. He collected the required material: wire, and empty trunk, batteries, empty cookie tins, bicycle headlight, candle, etc. He worked continuously for days experimenting on the contraption. Finally, he could produce a blurred picture on a screen in his room. Now, he worked hard to obtain a clearer picture. When his landlord came to know about his experiments, he threw him out. But he was undeterred. He returned to London and worked even more enthusiastically. After many days, he succeeded in producing clear images on the screen. Coming to know the experiment and its results, people started dropping at his residence, taking keen interest in his work. Once, Baird made a boy stand in one room and showed his image on a screen in another room. He could even show the movements of the boy clearly on the screen. He was extremely delighted with his success. 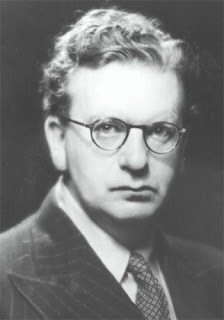 He invited scientists and journalists for a demonstration. They appreciated his work and congratulation him for his invaluable invention. Soon, the world knew about Baird and his invention. Initially, the pictures appeared blurred, but soon they became clear. He even succeeded in relaying colored pictures. Now, he started relaying opera and theatre on his television. He even started work on developing a television set. Despite employing many people he was unable to meet the public demand. In fact, he had envisioned a television station on the lines of a radio station. But commencement of World War II marred his plans. Besides, his relay station was also bombarded and destroyed. Meanwhile, he progressed towards the broadcast of colour pictures.

Once again he was struck by a bout of severe cold. This time it was life threatening. He left the experiments midway and returned home. On June 14, 1946, at Bexhill – on-Sea, Sussex, England, this after presenting the world with the wonderful gift – television, the 58 year old John Logie Baird bid adieu.