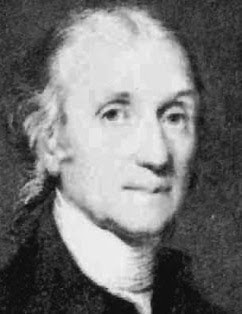 Henry Cavendish was a British scientist & well known for the discovery of hydrogen. He was born in Nice in France on October 10, 1731. He was the son of Lord Charles Cavendish & Lady Anne Grey. He was a rich man in his time. But his lifestyle and dressing remained that of a common man. He wore mended clothes and worn out shoes. He was a happy, carefree and reserved person. In the 14th century, his grandfather and great grandmother held important positions. He was a nobleman from an aristocratic family. His ancestors included a Lord and a Chief Justice. His ancestor Thomas Cavendish was a great adventurer. He had sailed around the world with his flotilla of ships. Thus, the entire family of Henry held a leading position in the country.

Henry was elder and Fredrick, the younger of the two sons of Lord Charles and Lady N Cavendish. His mother died when Fredrick was born while Henry was just two years old. Henry’s father was a well-known scientist and a Fellow of the Royal Society of London. He invented the minimum and maximum temperature thermometers. For his invention he received the prestigious Copley Medal from the Royal Society. In 1742, at the age of 11, Henry was admitted to the boarding school at Hackney. He then studied for four years (1749 – 53) at Peter House College, Cambridge. Religion, religious teaching and religious groups never interested him. But it was compulsory to take up religious study to obtain a graduate degree. Therefore, he left the university without a degree.

Henry and Fredrick stayed in London for some time. They moved to Paris to study physics and mathematics. During their study they received a limited, but sufficient pocket money. When Henry Cavendish was 40, his father died leaving him a fortune as inheritance. Since then he never felt dearth of money. He received good education and his economic condition too, was fine. He felt uncomfortable in the company of women and was also called misogynist. Even for the maidservants he left written instructions. He had few friends. Besides, he spoke very little. He spent little time in activities other than that related to science. He would ask his banker / inventors to take their own decision rather than consult him. He lived detached from this world, his only link being the Royal Society of London. In 1760, at the age of 29, he was appointed the Fellow of the Royal Society. Now, he regularly visited the Fellow club to have food.

At that time, science had yet to reveal the mystery of fire, its significance and its safety. Two German scientists John Bayer and his student George Ernest Stahl had given some insight on fire. Though it was generally accepted it had some inherent flaws. Priestley, the discoverer of oxygen, too, at that time accepted Bayer’s conclusions regarding fire. According to Flogisten’s theory, all inflammable substance contains at least two elements: the ash of the substance and the inflammable element Flogisten. When a substance burns, the inflammable element is release. When this element stops coming out, the fire is extinguished. Till now, nobody had tried to analyse Flogisten. Cavendish decided to take up the challenge. 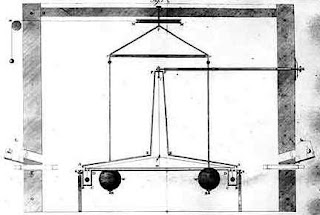 Henry Cavendish studied the subject extensively in the library. Meanwhile, he learnt that Parcelsus and Yan Von Helmont had discovered an inflammable gas. For this they had placed some iron pieces in sulphuric acid. Some bubbles surfaced on the iron pieces. The gas produced through this process was inflammable. They did not work any further on this subject. Cavendish thought that this inflammable gas might be Flogiten. He had set up a small laboratory in his house. He collected some iron, lead and tin pieces, besides hydrochloric acid. He then put an equal number of iron pieces in both acids. He did the same with the lead and tin piece producing hydrogen. As a result of the chemical process some bubbles surfaced. He collected the gas bubbles in separate balloons. He noticed that all the balloons contained samples of inflammable gases and they all produced similar blue flame. On further observation he found that the gases weighed the same and the volume of inflammable gas produced was proportionate to the metal pieces. He concluded that he had succeeded in separating Flogisten. He announced his findings at a meeting of intellectuals of the Royal Society in 1766. Nobody doubted the veracity of his research.

Today, it might seem odd how intellectuals of that time accepted the gas as Flogisten. Cavendish was no doubt a genius. But some time later, French scientist Lavoiseier rejected Cavendish’s theory about Flogisten and declared that the combustible has was not Flogisten but hydrogen. The discovery of hydrogen created sensation among scientists and the public. The fact that hydrogen was lightweight and inflammable and could be produced easily at home attracted the attention of many. As a result, many accidents occurred and some people lost their lives too. Mixture of hydrogen and oxygen can result in an explosion.

In 1783, a hydrogen-filled balloon was flown. Earlier, in 1781, an Italian based in England had publicly demonstrated that hydrogen filled soap bubbles would move upwards. Even before this, a balloon prepared from cloth with paper lining was filled with hot air and flown. A French scientist Jacques Charlie had successfully flown a hydrogen-filled balloon to some height and distance. Of course, no humans traveled in it. When this balloon landed 15 miles away in a farm, the frightened farmers destroyed it. In 1775, a hydrogen-filled balloon carrying humans was flown. But it had suddenly burst killing all the travelers. This incident put a full stop to this activity, until a gigantic balloon was flown in Hindenburg, Germany, and a century and half later, in 1937. It crossed the Atlantic Ocean many a time. During one such flight with 36 passengers, the balloon filled with 90 lakh cubic feet hydrogen, burst while it cleared the sea and was passing through Lake Hurst area in New Jersey. All the passengers died in the accident.

The simple arrangement used by Henry Cavendish in which an electric spark is passed through the mixture of oxygen and nitrogen placed in a tube resulting in their blending. The Royal Society and noted such incidents in which dew was formed with the burning of hydrogen. Priestley had described the blast produced by the fusion of hydrogen and air in a glass jar. In 1784, after many experiments, Cavendish had announced that when oxygen and hydrogen combined, it produced water. Thus, he established that water is not an element but a combination of two colorless gases. Cavendish announced his ‘Experiments on Air’ at the Royal Society. He also said that the air we breathe contains 20 per cent oxygen. He concluded that when there is a spark in the atmosphere, there is a synthesis of oxygen and nitrogen. Thus, lightning in the sky brings together oxygen and nitrogen.

Cavendish lived a lonely life and in 1810, at the time of his death when he was 79, there was no one around to take death when he was 79, there was anyone around to take his care. His funeral was carried out at Derby in England. The local church also set up a memorial in his name. The man who never believed in sect or religion had a memorial in his name. In his will he had declared his entire wealth in his cousin’s name. One who spent his entire life in pursing science, Cavendish did not leave any money for the development of science. But his inheritor set up a chain of Cavendish laboratories to show his indebtedness to science. In 1897, the great scientist J J Thomson discovered the electron at one of the Laboratories. The laboratories also produced many Nobel laureates.