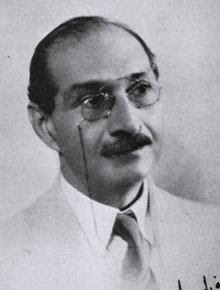 Dr. Darashaw Nosherwan Wadia was known as the “father of Indian Geology”. He was born on October 25, 1883, in Surat, Gujrat. He was the son of Nosherwan and Cooverbai Wadia. His family was traditionally involved in shipbuilding. Wadia completed his primary schooling in Surat. As a child, drawing interested him. His family settled in Vadodara (Baroda) when he was 12 years old. He continued his schooling there and went on to complete his graduate and post-graduate studies from vadodara College. At graduate level his subjects included biology and geology.

It was a time when geology and geological survey had not yet developed in India. In India, geological survey was established in 1851. A post-graduation degree in geology was only offered at Kolkata and Chennai Universities. Through reading, Wadia had developed an interest in geology and through self-study and introspection, he moved forward in this direction. In 1906, when he was just 23, he joined Jammu’s Mahatma Gandhi College (Prince of Wales College) as professor of geology. During Vacations, in the snow-clad Himalayas, he carried out underground research on minerals, stones and fossils. Gradually, his interest, study and research in the subject increased. He wrote a book titled Geological Science for the benefit of students. When the book was published, his fame in this field spread all over the country. In 1921, he resigned as professor of this college and joined the geological survey department of the Geological Survey of India (GSI) at the age of 38 years. At the institute too, the Himalayan region remained the centre of his research.

In 1938, at the age of 55, Wadia resigned from the GSI department and went to Sri Lanka. It was a time when the British ruled on India and Sri Lanka. The British government had appointed Dr. Wadia as the head of the Sri Lankan geological survey department. There he completed the task assigned to him and after appropriately training his colleagues, he returned to India. On his return, he joined the central government as director of land survey department and later served as director of Bureau of Mines- Minerals and Ores. After India’s independence, Wadia set about the task of promoting science. In the Atomic Energy Commission set up under the leadership of Dr. Homi Bhabha, he was made director of the department handling minerals. He was instrumental in holding the 22nd conference of the International Geological Congress in New Delhi, the first ever in India. Wadia presided over the function.

Dr. Wadia toured abroad and carried out important research work on the Central Asian desert regions. He also provided detailed information about its mineral wealth. His views about the birth of the desert regions received tremendous response from all over the world. According to him, one million years ago the Ice Age existed. At present, icy cold rivers at the North Pole and the snow-covered areas were the result of that age. In his book, ‘Geology of Nanga Parbat and Gilgit District’, he has provided detailed information about the geological survey work he carried out in this area. Besides, in his book ‘Structure of Himalayas’, he has discussed elaboratory the geological formation and internal edifice of the Himalayas. In his detailed research on the Himalayas, he studied the rocks on the 27000 feet (about 8000 metres) high Nanga Parbhat and the pebbles obtained from its snow-melted rivers and got ample know-how of the region. Thus, he was a tough and adventurous man. The geological survey he carried out in the Himalayas shows his strong determination and perseverance. Half a century later his life of learning was one that would put any youth to shame.

The entire stretch from Kashmir to Kanyakumari, Assam to Karachi and Baluchistan, including lakes and oceans was his area of study. This entire stretch of area was like an open book to him. Beyond textbooks he had gained knowledge through discovery and analysis. He was a storehouse of Knowledge. He also delivered his knowledge at various seminars. Experts have accepted Wadia’s view on the geological structure of areas like Poonch and Punjab, the rise and fall of the Himalayas from Assam to Kashmir and its range of peaks is indeed a revelation. According to him, the Hindu Kush, with its unique mountain range, has no relation to the Himalayas.

Among his many writings, the Geology of India and Burma is a reference volume that gives wonderful information. In Geological Survey Institute libraries around the world this volume occupies a revered place. This volume is taken into account to understand the geological set-up of India. Wadia was also a successful scientific authority on fossils. His important fossils discoveries include animals without bones, huge animals like elephants, besides skull pieces of stygordon Ganesa. Today the uranium enriched area in Bihar is very useful to the Atomic Energy Commission, thanks to the direction given by Wadia.

In 1957, he was elected the Fellow of the Royal Society of London. He was the first Indian geological scientist to receive this honour. He was twice elected president of the Indian Science Congress. The prestigious meghnad Saha Medal was awarded to him by National Science Academy. Kolkata’s Asiatic Society honoured him with the Bose Medal. The Indian government conferred on him the Padma Bhushan.

On june 15, 1969, this great Indian scientist died at the age of 85. On 23 October, 1984, the post and Telegraph Department of India issued a stamp in honour of Dr. D. N. Wadia. We salute this valiant son and pride of Gujrat.
Share the page with a single click