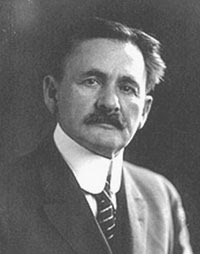 Albert Abraham Michelson was an American physicist known for his work on the measurement of the speed of light and especially for the Michelson-Morley experiment. He was the first American to win a Nobel Prize for Physics (1907). Albert Michelson was born on December 19, 1852, to a German Jewish couple in Strelno (now Strzelno), Prussia (presently in Poland). In 1848, the Liberals in Germany advocated equality in taxes and freedom of speech. But by the time of Albert’s birth it was almost clear to them that the changing political scenario would make it difficult for them to live in Germany. And they started leaving the country to safer places. Some of them came to America and among them were the Michelsons who reached New York in 1854. Albert was just two years old then.

After a while, they sailed to the western shore and reached California. By 1849, California had acquired the reputation of the promised land of gold. Albert’s father, Samuel Michelson owned a small dry-fruit shop in Cleaver’s country. Albert received primary education in the local school. For high school, he was sent to San Francisco. He was a bright student. Besides mathematics and science, he was well-versed in handling mechanical devices. For his adroitness, he was given charge of the scientific equipment in the school laboratory. He was paid $ 3 per month for his work. 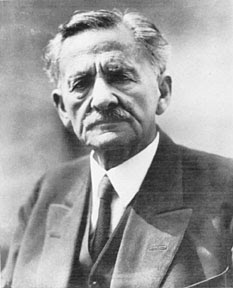 In 1868, when Albert turned 16, his family moved to Verginia in Neveda State. Here silver mining was a major activity at that time. A year after they came here, his brother Charles was born, followed by the birth of his sister Mariam the next year. Charles went on to earn name as the publicity director of the Democratic Party during American President Franklin D Roosevelt’s regime. Albert graduated from the Naval Academy in 1873. As per Academy rules, he served in the American Navy as ‘assignee’ for two years. On completion of duty, he was called back at the academy and appointed as teacher of physics and chemistry. During this time he developed an interest in the study of light especially the various techniques to measure the speed of light, which sustained throughout his life.
Using Foucault’s method of revolving mirrors, Michelson developed his unique technique to measure the speed of light. With some lens available in his laboratory besides spending $ 10, he developed his technique. He could accurately measure the speed of light in the vicinity of 500 feet. In 1878, his first research paper was published in the American Journal of Science. It was titled ‘Measuring the Velocity of Light’. Using this new technique, the speed of light was found to be 1, 86,508 miles/second.

Thereafter, he concentrated on the colours seen in a soap bubble. He studied the refraction in the surface area of the bubble. He explained that if the layer of soap film has half the wavelength of light, the two waves do not interfere and hence, do not get destroyed. Sir Isaac Newton too had studied the studied the colours in bubble. But he did not believe in the arguments regarding the wavelength of light, so could not put forth any explanation for it. 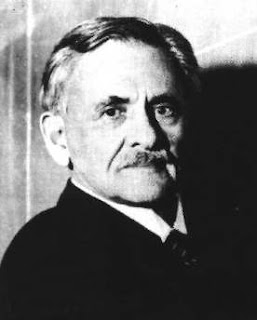 It was known then that if the thickness of the soap film is known the speed of light can be determined. But it was a difficult task. In 1887, Michelson designed an instrument that made him world famous. This device was called ‘Michelson’ Interferometer’. Even today in colleges’ students of physics use this device to measure the wavelength of light. Here, a partially silvered glass plate divides a light ray into two parts and two such waves coming form different directions would get refracted and interfere to form straight fringes under certain conditions, making it easier to measure the wavelength.

A mystery that puzzled scientists then was whether light waves need a medium to travel like sound waves. How does light travel from the Sun to the Earth? Scientists thought of a substance called ether, but were not sure about it. Michelson and his assistant Morley performed the experiment to test the ether hypothesis. At that time Michelson was professor of physics at the school of Applied Sciences in Cleveland. He later moved to Clarke University and in 1892 joined Chicago University as professor of physics and head of the department. Here, he could concentrate more on research, as his lectures were limited. He was a great disciplinarian. He always assessed his findings. Probably this could be the reason he could not mix freely with his students like Einstein or Fleming. But he had a tender heart and music was his only hobby. He was a good violinist and taught violin to two of his six children from two marriages.

The world of science always held Michelson in high esteem. Several institutions honoured him. He was honoured with the Nobel Prize for Physics in 1907, the first American to receive the award. Eleven universities all over the world conferred on him honorary doctorates. London’s Royal Society awarded him the Rumford Medal. He was also honoured with the Grand Prize in Paris and Exposition Prize in Rome. In 1892, the International Bureau for Weights and Measurements in Paris honoured him by awarding him an honorary Membership.

In 1926, Michelson performed a new experiment to measure the speed of light. In this experiment too he used Foucault’s principle of revolving mirrors. For this a special centre was set up on Mount Wilson in California. Exactly 22 miles, i.e. about 35 kms away on Mt San Antonio, another mirror was placed. Then light waves were sent from Mt Wilson. At the same time mirrors started revolving. The light wave traveled to Mt San Antonio, got reflected from the revolving mirrors and returned to Mt Wilson. During this period the mirror had completed a sixth of its revolution. Thus, he once again proved his technique to measure the speed of light. Michelson worked till his last breath. This great scientist died due to brain hemorrhage at the age of 79 on May 9, 1931.